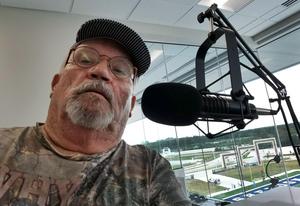 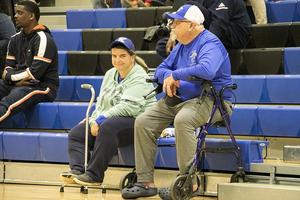 Jim Parker (aka “No. 1 Panthers fan”) has been a loyal and dedicated fan of C. E. King High School sports – primarily in football, basketball and baseball – since 1961 when he moved to the Sheldon community at the age of 10. He is also a proud graduate of the KHS Class of 1969.

Parker, who also served as the PA announcer for C. E. King High School football for the past 38 years, decided to quietly walk away from the microphone at the conclusion of the 2019 season.

“I was beginning to enjoy the away games more than the home games because I could just sit, watch and enjoy the games,” he added. “I’ll be 70 on my next birthday, and being retired from the microphone allows me to do other things like taking mini vacations at a moment’s notice.”

So how did Parker get his long-term gig?

“A good friend of mine, Roger Berry, was the announcer prior to me taking over,” Parker said. “Roger got a job at Walt Disney World® in Florida and had to leave, so KHS Principal Rick Harvey asked me to announce the games. I was working for the school district at the time, and Mr. Harvey actually added my PA announcing duties as part of my job description.”

Parker said he’s had the opportunity to announce several different venues other than C. E. King High School football including additional Sheldon ISD events, playoff games, and even games at other school districts. He credits his speaking talents to his earlier years when he served as a disc jockey and recording engineer in the music business.

“One of the things I enjoy most is when former athletes and fans look me up whenever they are at a current home football game, Parker said. “They are always asking for ‘Mr. Jim.’”

“Jim is the ultimate C. E. King Panther fan,” Fitzhenry said. “We just appreciate his continued service and support for our district.”

Today, Parker is now visible to all fans – as he found a place to perch underneath the concourse area at Sheldon ISD Panther Stadium. From there, he will continue to root for the Panthers just like he has for so many years.

“Thirty eight years is a long time,” he said. “C. E. King High School has been a big part of my life. I love the school district, I love the kids, and I love the sports.”
Print