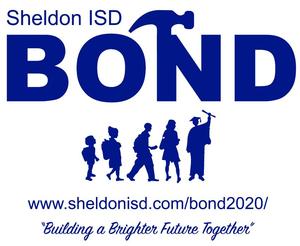 Sheldon ISD school board members who attended Tuesday’s workshop unanimously voted to call a May bond election in the amount of $438.8 million.
The majority of the bond funds would be allocated toward the construction of new campuses; expansions and renovations to existing campuses/district facilities; and security upgrades. Other portions of the bond would include a new multipurpose arena as well as a community/district natatorium.
“We have been experiencing tremendous student growth throughout the district over the past few years – really over the past decade,” Sheldon ISD Superintendent Dr. King Davis said. “Although most of our student growth was anticipated, there has been a recent influx of significant future developments within our district that most likely will impact our student enrollment numbers in the near future.”

Some of these future developments Dr. Davis was alluding to include two new apartment complexes (projected 378 combined units), the new Imperial Forest Edition near Royalwood Elementary (projected 326 homes), and another proposed housing development near Garrett Elementary.

“According to our PEIMS data, Sheldon ISD’s enrollment has increased by approximately 734 students since last school year alone,” Dr. Davis said. “I appreciate our board’s proactive approach to address these current and future capacity issues.”

Dr. Davis said the bond, if approved, would be spread out into three phases.

The majority parts of Phase 1 would add wings for classroom expansions at both Cravens Early Childhood Academy and Michael R. Null Middle School; security upgrades; and additional interior and exterior renovations throughout the district.

Phase 2 includes the construction of a seventh elementary campus; and Phase 3 would add a third Early Childhood Academy, a third middle school campus, a Ninth Grade Center or Grade 9/10 campus, multipurpose arena, and a natatorium.

Sheldon ISD Chief Financial Officer Abraham George said that if voters were to approve the 2020 bond, the district’s Interest and Sinking (I&S) rate would increase by 4 cents per $100 assessed values. For example, a homeowner’s residence valued at $100,000 (taxable value) would see a $40 per year (or $3.33 per month) increase.

It is also important to note that Sheldon ISD residents age 65 or over will not see an increase in their tax rate if they have applied for an Over 65 tax exemption.

George also said because of a new law that was recently passed by the Texas Legislature, the district’s overall bond package must be split into three propositions on the ballot. Proposition “A” would include the instructional upgrades; Proposition “B” includes the multipurpose arena; and Proposition “C” is for a community/district natatorium.

The informational webpages will be located at the following URL:  www.sheldonisd.com/bond2020/